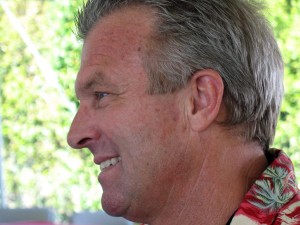 [This article originally appeared in two parts on the Shotokan of Garden Grove Website.]

In the SKA we have roughly five types of kumite we should be familiar with. While nothing is like real fighting, all of these have obvious as well as hidden elements pertaining to a real situation. It’s important that instructors see the relevance of these without focusing too much on structure and pass this on to students. The five type are Ippon, Sambon, Jiyu-Ippon, Tournament Jiyu, and “Dojo” Jiyu kumite. Ohshima Sensei feels black belts should have knowledge pertaining to all of these.

Over the years tournament fighting has not been a high priority in SKA, but approached properly it can enhance our training. To maximize the benefits, I feel there are certain key areas to be focused on.

Many factors and luck come into play in tournament competition. Don’t allow the outcome to affect your training negatively. Some tournament champs (even on a national scale) are harmless on the street. Some are deadly. This game is not a real indication of your skill as a martial artist. As Ohshima Sensei once said, “Focus on your preparation, confidence, and strategy before each match and your mentality during the match. Don’t wait for the outcome to interpret your skill level.”

I hope these thoughts can enhance your practice and help you get through those walls we all face occasionally which are a necessary part of progression. Any questions or comments on training are always appreciated.

You can send Greg Scott your questions or comments by email.