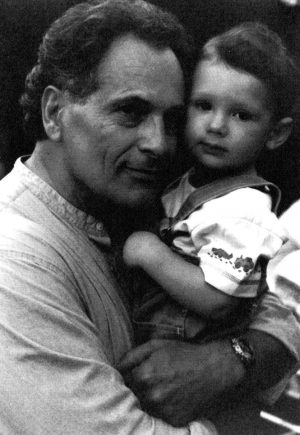 I was an 18 year old boxer in Lexington, Missouri in 1959. I had, quite by accident, stumbled across a Tae Kwon Do instructor at the local military school. During those early years, I studied Tae-Kwon-Do, Okinawan Shorei Kempo, Okinawan and Japanese Goju-ryu, JKA style Shotokan, Judo, and Aikido. I became very involved in commercial karate and active in the tournament circuit.

I know so well that time and change are inevitable, but it just doesn’t seem possible that thirty years have passed so quickly. Forty-one of my juniors have become black belts. One is yodan, seven are sandan, nine are nidan, and twenty-four are shodan. They are leading practices at six dojos in the area. I am so lucky to have been associated with each of them.

I have often expressed my belief that special training is the essence of our practice. It teaches us to do the things that must be done, when they must be done, whether we want to do them or not. To do our very best, no matter what our condition. To never give up.